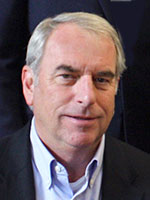 Gary Van Dyke worked at Herman Miller (office furniture manufacturer) for 20 yrs. He developed his success serving in several different capacities while at Herman Miller from field sales, to owner/entrepreneur of office furniture dealerships in Denver and Dallas, and ending his career with Herman Miller as President of Herman Miller Canada in 1996. He expanded his entrepreneurship by forming GVD Industries in 1997 with holdings in real estate and energy. Gary relocated to West Michigan after acquiring Advantage Sign Supply, Inc. in 2003. Additionally, Porter Corp. was acquired in 2012. 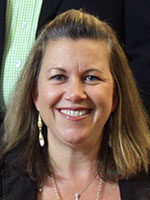 Katy Kloosterman has been part of the GVDI team since 1996. She has a Bachelor of Arts in Business from Calvin College. She served as Human Resources/Legal Liaison Manager for OP Ventures, a Herman Miller dealer in Denver and Dallas, overseeing all personnel and legal matters. She relocated to the West Michigan headquarters in 2009 where she currently serves as Executive Vice President focusing on corporate culture & employee development. Katy became a Gallup certified Strengths Finder Coach in 2014. She is also holds a Soul Care certification from the Soul Care Institute & Fuller Seminary Lifelong Learning Center. Her passion is to help people identify and apply their strengths in their current roles as well as set goals to help achieve their future goals. 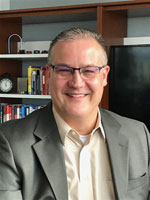 Keith H. Smith joined GVDI team as Director of Finance in November 2018.  Keith grew up on a small family farm in the Holland area and has lived and worked his entire life in West Michigan.  Keith earned his accounting degree from Central Michigan University in 1992 and began his career in banking at First Michigan Bank’s corporate office.  He has since gained over 25 years of accounting and ERP experience in a variety of fields including manufacturing, wholesale global distribution, agriculture, residential & commercial construction, non-profit, transportation/logistics, internal audit and banking services.  Keith has 20 years of experience as a Controller, including 9 years as Corporate Controller for the US operations of two international companies.  His responsibilities in corporate management include both locally and internationally owed companies ranging from 10 Mil to 125 M USD/6 B EUR Worldwide.  Keith’s life purpose is to be a “Waymaker”, that is a teacher that equips, encourages and empowers lifelong learners so they can do likewise. 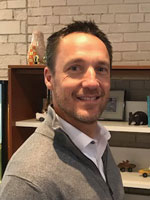 Steve Kloosterman, upon earning his degree from Calvin College in 1992, went on to work in the contract office furniture industry, holding several positions in Operations, Facility Managed Services, and Sales in both Colorado and Texas. In 1998, Steve moved to Vail, Colorado to start a Real Estate Development company specializing in luxury home development. Steve also has experience with specialty Real Estate projects and Non-Profit organizations. After earning his Masters degree in Leadership in 2009, he relocated to Michigan to join the Advantage Sign Supply team. Steve held several roles within Advantage, most recently President, until the sale of the business in September 2017. Steve’s primary responsibilities at GVD Industries is to lead the M&A initiative. 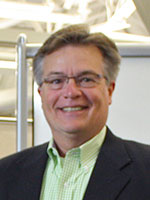 Russ Rymal has lived his entire life in West Michigan and is a graduate of GVSU with degrees in both business management and marketing. Russ spent 23 years working in the office furniture industry for Meridian Inc., SQA and Herman Miller. During his tenure, Russ managed and developed sales training and marketing programs for field sales teams and distribution partners. He spent many years managing the field based sales teams for large geographic regions of the country as Regional Sales Director for Herman Miller. Russ ended his office furniture career leading the sales and distribution efforts for the Herman Miller Healthcare division before joining Advantage Sign Supply in 2007 as its VP of Sales and Marketing. Recently, Russ joined GVD Industries as its VP of Business Development.

In addition to our internal team, GVD Industries has a network of external sources to work alongside our portfolio companies’ teams to maximize their potential.